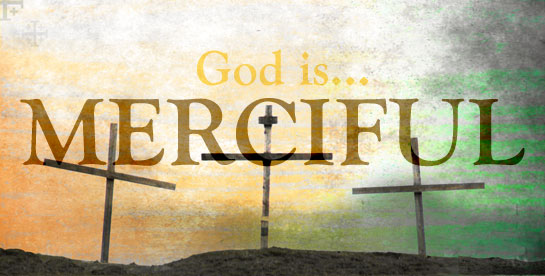 Saul’s jealousy regarding the popularity of his protege David had turned to rage, and he was in pursuit to destroy David. But David was a cunning warrior and he was able to make his way into Saul’s camp while the king slept. Here, David could have killed Saul and ended their feud once and for all, but he chose not to in deference to the Lord (perhaps more so than in mercy to Saul). Instead, David took the king’s spear and the next morning taunted the king’s general for not protecting his king. After this episode, Saul relents and asks forgiveness of David (perhaps more in deference to David’s cunning than to true repentance).

By human definition, David was victorious over Saul because he had a strategy. And I have to say, it seems like a great strategy. If I could shame all of my enemies into repentance by stealing their prized possession and taunting them in front of their supporters I probably would. But Jesus teaches that winning doesn’t necessarily mean the surrender of our enemy. With Jesus, we are taught that we have won when we become like God, and when we have felt love in our heart for our enemy. “To you who hear I say, love your enemies, do good to those who hate you, bless those who curse you, pray for those who mistreat you.”

So did David win? David did not kill Saul, which was unquestionably an act of mercy. But as I have suggested, perhaps he chose not to kill Saul more so out of love for the Lord, but perhaps not of love for Saul. Even sinners love those who love them, and while it is very important to do so, there is nothing victorious about loving God in return.

Jesus exhorts us to “be merciful, just as your Father is merciful.” Importantly, this is a measurement of success. “Forgive and you will be forgiven. Give, and gifts will be given to you.” If we cannot forgive, we will not be forgiven. If we cannot love unselfishly, love will not be returned to us, but when we do, “the measure with which you measure will in return be measured out to you.”

I admit to having believed for too long the popular, but misguided, “you don’t have to like them to love them” thought about love. It was more comfortable for me to say that as long as my actions were not harmful to others–no matter how harmful or frustrating or annoying they were to me–I believed I was fulfilling God’s will and I was loving my neighbors. But Jesus doesn’t appear to offer any separation. I can’t dislike people, resent them, see them as my enemy, and also claim to love them. After all, if I were to believe that I could love someone while also not liking them, I would also have to believe that God doesn’t need to like me. But God, in His everlasting goodness, loves me no matter what. “Not according to our sins does He deal with us, nor does He requite us according to our crimes.” And it is this level of love that I am called to show others.

David did offer mercy to Saul. Yet he did so by first counting the cost, saying “Who can lay hands on the Lord’s anointed and remain unpunished?” Jesus tells us to love without counting the cost, because Jesus has already paid the price for us. Jesus erased the debt. Now we simply need to channel his courage to be victorious and to “Love one another as I have loved you” (John 13:14).

Teach us, good Lord,
to serve you as you deserve,
to give and not to count the cost,
to fight and not to heed the wounds,
to toil and not to seek for rest,
to labor and not to ask for any reward,
save that of knowing that we do your will.
Amen
-Attributed to St. Ignatius of Loyola

8 thoughts on “Extending Mercy without Limits”

“God’s wisdom is something mysterious that goes deep into the interior of his purposes.” ~Apostle Paul

Voices of the Past for the Christians of Today

Mercy for the Day

A reminder that God's mercies are new every day

The Domain for Truth
The Writings of A. K. Frailey

Books for the Mind and Spirit

Kitty in the City
Julie Dibble, Speaker and Author

The Social Network of the New Evangelization Generations

Veronica, it is the Lord..

.. preparing for, thinking before, away in prayer..

glimpses of God's work in my life

The beaming of words.